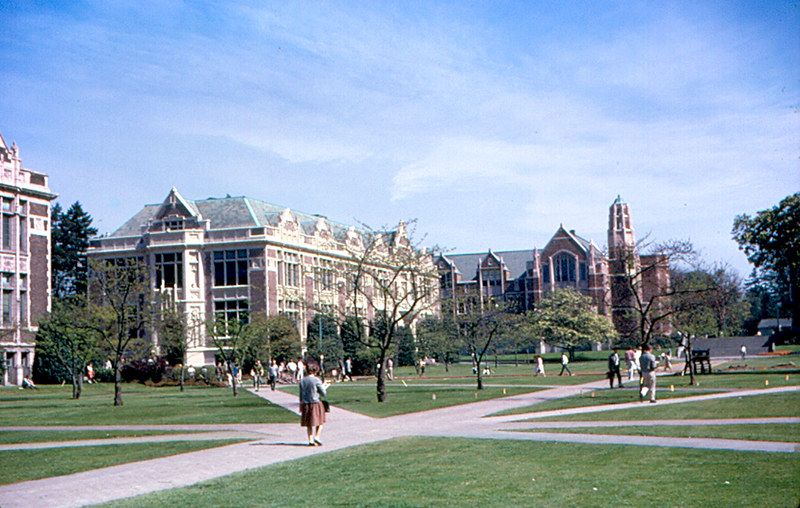 Pharmaceutical and biotech companies on the hunt for new drugs run tests along the way to see how proteins interact. Analyzing protein-protein interaction can reveal how cells communicate, the way genes are regulated, and how the immune system identifies and attacks disease, said David Younger, co-founder and CEO of A-Alpha Bio. It’s a necessary process but a time-consuming one. For companies large and small, it usually means testing one protein interaction at a time.

A-Alpha Bio’s technology enables the testing of millions of protein interactions simultaneously. The Seattle-based startup already has a handful of biotech industry partners. Now it has $20 million to expand the technology’s capabilities and grow the business. The Series A round of financing announced Wednesday was led by Madrona Venture Group; Perceptive Xontogeny Venture Fund and Lux Capital also invested.

A-Alpha Bio is part of growing contingent in proteomics, the large-scale study of proteins. This field has become a hot area of investment. Nautilus Biotechnology recently went public in a merger deal that infused it with $350 million. The Seattle company’s technology produces protein landscape maps that yield insight into disease pathways and disease progression. Redwood City, California-based Seer raised $55 million last year to support development of its protein analysis platform. While those companies detect proteins in a sample, Younger said A-Alpha Bio works in a different area of proteomics, finding out which proteins bind with each other.

The startup’s approach begins with yeast, the same yeast that’s used to bake bread and make beer. Yeast cells are frequently used in scientific experiments because they have some similarities to human cells, and they are highly engineerable. A-Alpha Bio’s technology, called AlphaSeq, is a laboratory method the company developed to use genetically engineered yeast cells to test millions of protein interactions at the same time.

Methods traditionally used for testing protein interactions come with tradeoffs of quantity versus quality, Younger said. To get high quality results, scientists test two proteins in a single experiment. That approach does not scale. If quantity is the goal, technology platforms from companies such as Adimab and Distributed Bio analyze large numbers of proteins. But each measurement is of low quality, Younger said.

AlphaSeq was developed to offer quality and quantity in the same test. The company has focused its research on two areas: discovering antibodies and identifying targets for molecular glues, which are a key component of an emerging therapeutic approach called targeted protein degradation. A-Alpha Bio partners with pharmaceutical companies, helping them discover these targets. Publicly disclosed partners include Twist Biopharma, which is a division of South San Francisco-based Twist Bioscience, and Lumen Bioscience of Seattle.

Younger did not set out to make better antibodies or molecular glues. The roots of A-Alpha Bio stretch back nearly a decade to his days as a graduate student at the University of Washington’s Institute for Protein Design and Center for Synthetic Biology. At the time, he was trying to address a problem he and many of his peers faced. Using computers, it’s common for a student to design as many as one thousand proteins in a week, or even in a single day.

“Because of the maturity of computational protein design, it’s come a long way,” Younger said. “But you still need to test them. That’s the bottleneck. It’s impossible to test all of those proteins.”

Younger’s graduate work involved developing the platform that would become AlphaSeq. As the research progressed, he faced the question of how to maximize its impact. Publishing a paper would make the research available for others to pursue. He also thought about licensing the research to a company. He chose a third option: starting a company.

A-Alpha Bio formed in 2017. The following year, the startup received its first Small Business Innovation Research grant, a Phase 1 award that went toward developing a drug profiling platform using yeast cells. The company’s focus on antibodies and molecular glues stems from the customer discovery component of the grant preparation. Younger said that he and his team were pushed to go out and talk to as many pharma industry experts as possible to identify the market need. In antibodies, the problem Younger heard over and over is that a company might have thousands of candidate drugs, but their tools allow them to screen only one at a time. Consequently, perhaps 10 or fewer antibodies undergo comprehensive testing because it’s just not possible to test all of them.

Molecular glues are a new area of research for the industry because targeted protein degradation is still a new area of research. The technology involves marking a disease-causing protein for disposal by the cell’s built-in machinery for getting rid of old or damaged proteins. The challenge is that not all proteins have an affinity for sticking to the molecular tag that marks a protein for disposal. That’s where molecular glue comes in. A-Alpha Bio received a Phase II grant last year to develop its technology for molecular glue discovery.

For the time being, A-Alpha Bio’s technology supports the drug research of larger partners. The startup receives an upfront payment under agreements that also pledge milestone payments, and upon commercialization of a therapy, royalties from sales. Looking ahead, Younger sees A-Alpha Bio eventually using its technology to build an internal drug pipeline. In the nearer term, A-Alpha Bio’s research may contribute to the development of Covid-19 drugs. The startup is searching for antibodies that can bind to SARS-CoV-2, research with Lumen that is supported by a grant from the Bill & Melinda Gates Foundation. A year ago, A-Alpha Bio was awarded a Phase 1 SBIR grant to develop an antibody generation platform for coronavirus variants.

The ability to test millions of protein interactions means that AlphaSeq produces a lot of data. Younger said that the next steps for A-Alpha Bio include building capabilities to analyze those data. The company aims use machine-learning techniques to predict how proteins interact. In the next 18 to 24 months, Younger expects the startup’s headcount of 13 could grow to 50, many of those hires joining the machine learning and data science team, which is led by Ryan Emerson, a veteran of Adaptive Biotechnologies.

“Over time, we will accumulate the largest repository of protein interactions,” Younger said. “As we build that database, we can use tools like machine learning to start to make engineering protein interactions a computational problem rather than an experimental one.”