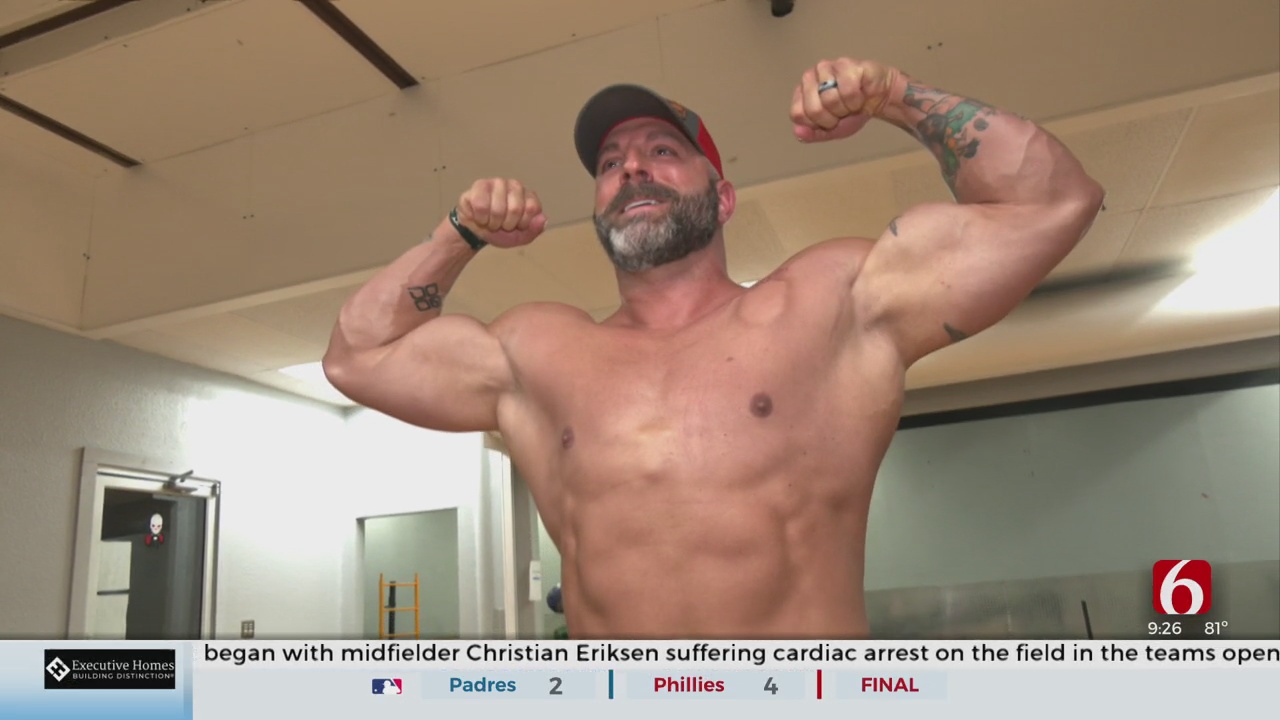 Last July, we introduced you to Muskogee Genesis Church pastor Frank Miller, who changed his life through powerlifting and overcame cardiomyopathy.

Now, Miller is doing much more with a dumbbell these days.

After health issues prompted him to drop 40 pounds in the past year, he’s ramped up his weightlifting efforts to get on the cover of Muscle and Fitness Magazine and take home a $20,000 grand prize.

“Don’t let anything hold you back so, if cardiomyopathy and having a pacemaker and defibrillator isn’t going to stop me from being on the cover of Muscle and Fitness Magazine or at least pursuing that dream, don’t let anything stop you either,” Miller said.

A chance to be on the Muscle and Fitness Magazine is a goal for any bodybuilder, but for Miller, it’s much more to honor the unexpected passing of his close friend Tyler Scott.

“To honor his memory, I just wanted to do it for him and I joined this competition,” Miller said. “That’s why I got into the muscle and fitness competition. If I win the prize money, I want to give some to his widow and his newborn baby. They just had a 1 year old.”

Miller fought through those physical and mental setbacks only to face another obstacle: Surgery to remove a 9.3-millimeter kidney stone.

“I feel so much better now that I can feel the pressure kind of relieving,” Miller said. “Something you got to overcome for sure. For a small-town guy from Warner, Oklahoma, population 2,000 — we have more cows than people — to be on the cover of Muscle and Fitness Magazine would just be amazing, I think.”