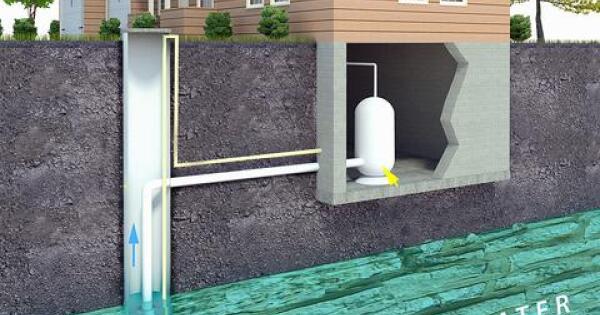 While a new US Geological Survey (USGS) study just delivered an updated, statewide estimate of high levels of naturally occurring arsenic and uranium in private well water across Connecticut, Newtown Health District Director Donna Culbert has always been an advocate for home and business owners testing their private wells to identify any contaminants that may be lurking in what may appear to be cool, clear tap water.

This week, with renewed enthusiasm, Culbert is joining state Department of Public Health (DPH) officials urging all private well owners to have their water tested — particularly for possible arsenic and uranium.

“We are not surprised by the ongoing findings of arsenic and uranium in the groundwater,” Culbert told The Newtown Bee this week.

The health district issued an advisory to building officials in its member towns in October 2018, cautioning that arsenic and uranium tests would be required for all new wells.

“The Newtown Health District regularly promotes the importance of testing drinking water to educate consumers about what’s in it,” she said, “and to be able to take corrective action if necessary.”

This latest USGS research builds on a report first published in 2017, with the new study including additional groundwater samples and focusing on previously underrepresented areas.

The research, undertaken in cooperation with the Connecticut Department of Public Health, projects that approximately 3.9% of private wells across Connecticut contain water with arsenic at concentrations higher than the US Environmental Protection Agency’s (EPA) maximum contaminant level for public drinking water supplies. This research also projects that 4.7% of private wells in the state have uranium concentrations higher than the EPA’s standards.

Arsenic and uranium are naturally occurring metals in bedrock around the world. Sometimes wells drilled into bedrock aquifers can produce water containing arsenic or uranium. Unless wells are tested, there’s no way to confirm the presence or absence of these contaminants.

According to the DPH, Centers for Disease Control and Prevention, EPA and other health experts, there are health risks when concentrations of arsenic and uranium in groundwater used for drinking are higher than established human-health standards.

With an estimated 23% of Connecticut residents tapping private wells for their water supply, data from this USGS study can be used to better estimate the number of people potentially affected by high concentrations of naturally occurring arsenic and uranium in water from private wells.

During the study, the DPH, with help from its state laboratory and local health officials, collected and analyzed water samples from more than 2,000 private wells throughout the state. Where high levels of arsenic or uranium were detected, state and local health officials worked with participants to inform and assist them with remedial measures to protect their water supply.

“This report provides essential tools to citizens, health officials, well drillers, government officials, and others for better protecting their communities and the environment,” said Eliza Gross, USGS physical scientist and lead author of the study. “The previous USGS study published in 2017 identified some areas where there were high contaminant levels, and we now have a more complete statewide assessment.”

“Even though we know there are areas across our state that have higher concentrations than others, any private well in Connecticut has the potential to have elevated arsenic or uranium,” said Ryan Tetreault, DPH Private Well Program supervisor. “Private well owners should have their well water tested at least once for these contaminants.”

The DPH recommends that if tested well water has arsenic at a level greater than federal and state standards, an alternate source of water should be used or a treatment system should be installed. If uranium in well water is at a concentration greater than the EPA standard of 30 micrograms per liter, the water should be treated to remove the uranium.

To ensure accuracy in the assessment, researchers separated Connecticut into grid cells for what’s called a spatially weighted analysis: a process that ensures areas with clusters of samples aren’t overrepresented in a statewide estimate.

The USGS found that certain bedrock types are more likely than others to yield high concentrations of arsenic and uranium in groundwater.

“While bedrock geology is not always predictive of higher or lower concentrations of arsenic or uranium in groundwater, knowing that certain geologic settings have a high likelihood can help inform decisions, such as drilling new wells, planning for development or deciding whether to conduct additional water-quality testing,” said Gross. “This insight on geologic settings can also be applied to research in other states.”

“Water quality cannot be judged based on appearance and taste,” said Culbert. “A certified lab, like Aqua Environmental here in Newtown, can perform that service. They have been here a long time and have quite a bit of historical knowledge and experience specific to our town and area.”

More information about private well testing in Connecticut can be found at portal.ct.gov/dph/environmental-health/private-well-water-program/private-wells#48151.

The DPH also has a website with resources on how to make private well water safer at testyourwell.ct.gov.

For answers to questions about well water and drinking water contaminants in the state, contact the DPH Private Well Program at dph.privatewellprogram@ct.gov or 860-509-8401.

Newtown Health District Director Donna Culbert has long advocated that anyone who owns a home or business should test their private well to identify any contaminants lurking in what may appear to be cool, clear tap water — particularly arsenic and uranium.