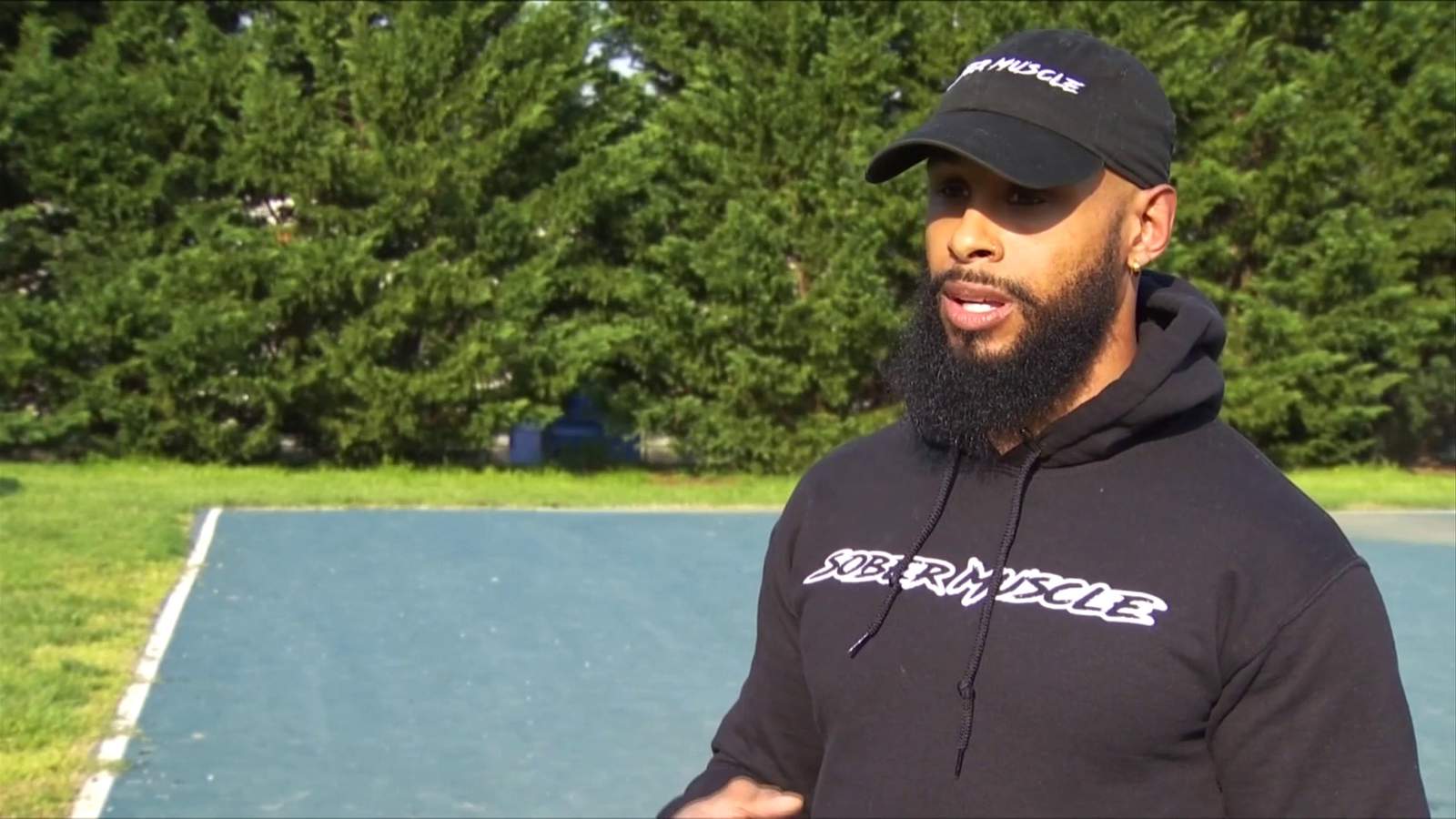 ROANOKE, Va. – It was an addiction to alcohol that led to jail time, DUIs, and two trips to rehab for Mitchell Ashburn.

“At the age of 4, I lost both my parents to addiction,” said Ashburn. He and his twin brother, Michael, were then raised by his grandparents in Hampton, Virginia.

Ashburn said that as he got older he also almost lost himself. For most of his 20s, alcoholism consumed his life.

Like a typecast character in a play, Ashburn stepped from one dark role in life, drowning in his addiction to alcohol, into a new one: building the necessary muscle to achieve sobriety.

While in a Texas rehabilitation center, Ashburn said a doctor told him to exercise 30 minutes a day to help regulate his mood.

“My parents left me, unfortunately, and I have twin sons,” explained Ashburn. “So, I didn’t want the same thing to happen to them that happened to me. I knew I had to get my life on the right track.”

Ashburn, 32, grew up in Hampton Roads but moved to Roanoke for a fresh start. On April 3, he celebrated four years of sobriety.

“He said, ‘Ultimately, I want to help people.’ He said, ‘I have an idea. It’s ‘sober muscle,’ and I tapped in immediately,” stated his business partner and friend Ashley Smith.

Michael, Ashburn’s twin brother, and Smith immediately jumped on board to help start “sober muscle” six months ago, which officially launched in January.

The online fitness brand features workout tips and merchandise, along with self-care products, all designed to get people feeling better about themselves.

“We are beyond just selling t-shirts and hoodies, we eventually want an outreach center,” explained Smith. “We are doing some life and recovery coaching. Eventually, we will start meal prepping. At the end of the day, we do want our own physical gym location.”

Smith said they’re hoping to grow their online presence as they prepare to build a physical presence.

“I know where I want my life to go and I know where I’ve been, and I don’t want to go back there,” stated Ashburn.

Now in his second act of life, he’s a walking example of how sometimes it takes a very sobering experience to get you through.

“You can do sobriety your way. Your way can be hard work, determination, and fitness,” explained Ashburn

Click here to learn more about Sober Muscle. You can also go to their Instagram page by clicking here.