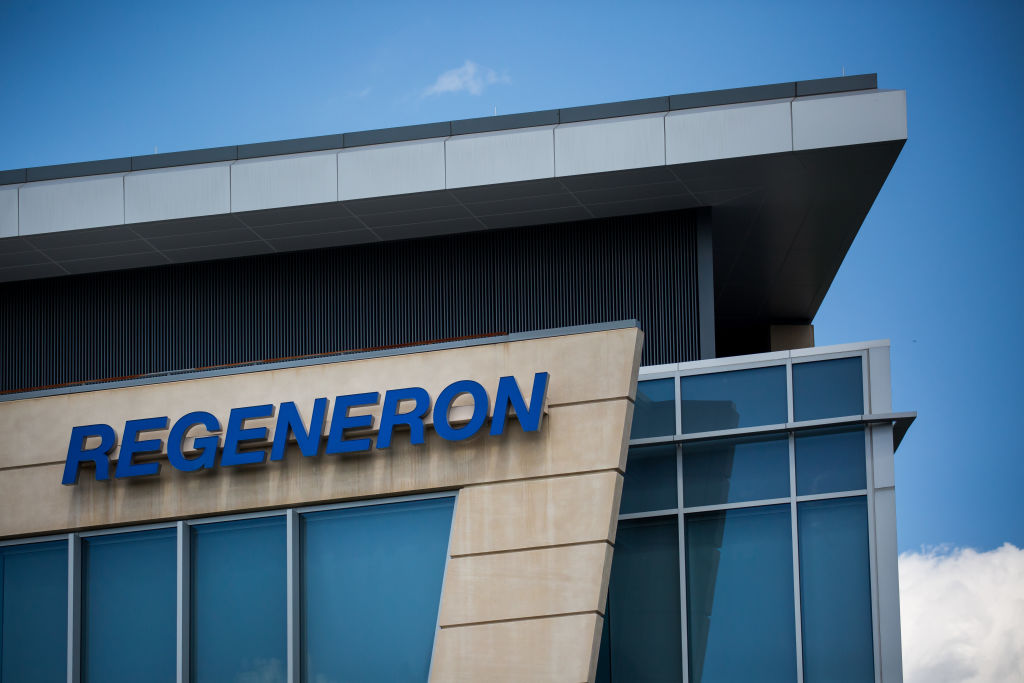 Covid-19 vaccinations have tempered the pandemic’s spread in the U.S., but infections are still happening and not everyone is eligible for the authorized shots. Those needing a Covid antibody treatment now have another, more convenient option. The FDA has expanded emergency use for Regeneron Pharmaceuticals’ antibody cocktail to include an injectable formulation, providing an alternative to the intravenous infusion that requires patients to sit for 20 minutes or more.

The expanded authorization announced Friday lowers the dose of the Regeneron antibody cocktail—for both the IV and injectable formulations—to 1,200 mg, which is half of the initially authorized dose. But the convenience of an injectable formulation won’t be one simple, quick shot. While the IV version is dosed from an infusion bag that combines the two antibodies that comprise the drug, the injectable version is given as four separate injections.

The injections must be given in a clinical setting where patients can be observed for reactions to the treatment. But IV infusion is still the “strongly recommended” formulation, according to the updated fact sheet provided to healthcare providers.

“Subcutaneous injection is an alternative route of administration when intravenous infusion is not feasible and would lead to a delay in treatment,” the fact sheet reads.

The Covid-19 drug from Tarrytown, New York-based Regeneron is comprised of two antibodies, casirivimab and imdevimab. Both of them bind to receptor-binding domain of SARS-CoV-2, preventing it from infecting cells. FDA emergency authorization of the Regeneron drug covers the treatment of mild-to-moderate Covid-19 in adults and children 12 and older who weigh 88 pounds or more. Regeneron is developing its Covid antibody drug under a partnership with Swiss pharmaceutical giant Roche, which is handling clinical development and regulatory submissions outside of the U.S.

Expanded FDA authorization for Regeneron’s antibody is based on data from clinical trials, including a recent Phase 3 study that showed that the effect of the injectable formulation at the lower 1,200 mg dose was consistent with the higher dose. Those results also showed the injectable version reduced the risk of hospitalization or death by 70%.

To date, more than 9,000 people have received the intravenous version of Regeneron’s antibody drug in clinical trials, in hospitalized and non-hospitalized settings. In a pooled analysis spanning all phases of clinical testing, the most common side effects observed were reactions at the infusion site. In rare cases, anaphylactic reactions were reported. Injection site reactions were the most common side effect observed in those treated with the injectable version of the drug.

Antibody drugs continue to be an important treatment option as variants of the novel coronavirus circulate. In lab tests, the Regeneron drug has shown potent activity against the main variants that have been identified so far. So too has sotrovimab, the antibody drug from Vir Biotechnology and GlaxoSmithKline that the FDA authorized last week. Eli Lily has the third authorized Covid-19 antibody treatment, a drug that combines two antibodies. The FDA revoked authorization for Lilly’s single antibody drug, bamlanivimab, as that drug’s efficacy flagged against the new variants.

Under an agreement with federal authorities, the U.S. government will purchase all of the doses of the Regeneron Covid-19 antibody that the company delivers by June 30. The company expects to deliver at least 1 million doses in the current quarter. At its discretion, the government may also accept additional doses through the end of September, up to a maximum of 1.25 million doses.

Regeneron said it expects to file for full FDA approval of its antibody drug for outpatient use later this summer. The company has also evaluated its drug as a preventive measure based on tests of the drug in people who shared a household with a patient infected with Covid-19. Regeneron said it has submitted those clinical trial results to regulators to support expansion of the drug’s authorization to include Covid-19 prevention.