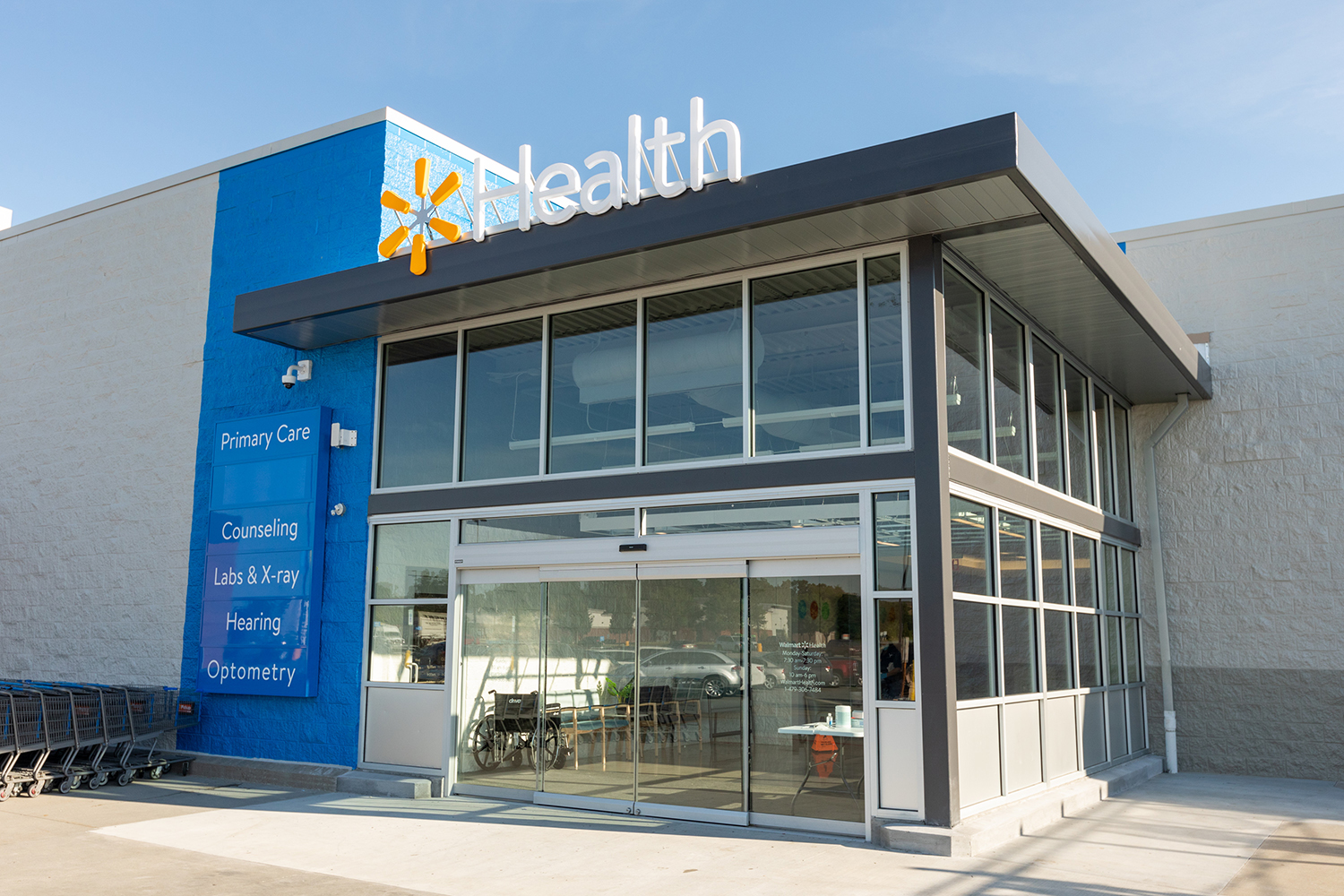 Walmart Health has opened 20 clinics so far, including this one in Elm Springs, Arkansas. They offer a combination of primary care, behavioral health, labs and other services. Photo credit: Walmart

Walmart’s first chief medical officer and its head of dentistry, both of whom played a key role in designing its health clinics, are leaving the company.

Dr. Roshan Parikh, Walmart’s head of dentistry, confirmed he left the company last month. Meanwhile, CMO Dr. Tom Van Gilder will depart from the company on May 15, according to an internal memo obtained by Insider.

Both were an important part of Walmart’s strategy to open in-store clinics with a mixture of preventive health services, including primary care, dental, counseling and optometry services.

So far, Walmart has opened 20 of such clinics across Georgia, Arkansas and Illinois, according to James Gardner, a Boston-based retail consultant that has closely followed Walmart’s health efforts. It’s also hiring for seven planned clinics in Jacksonville and four near Orlando, as it pilots its clinics in Florida.

But the pace of openings has slowed from what was originally planned, as Walmart grapples with the pandemic and several key leaders behind the effort have departed. Last fall, Sean Slovenski, who spearheaded the idea for the health centers, left to join testing startup BioIQ. The original plan was to open 14 clinics in 2020 and 30 to 50 in 2021, he said in a previous interview.

“It’s never good to see this kind of executive-level turnover,” Gardner wrote in an email, noting Walmart risked losing the leaders’ vision and the momentum they had created within the company.

“That’s going to be hard to recapture if Walmart hopes to reboot their health clinics and grow them down the road,” he added. “I’ve long been excited by what Walmart’s doing to reinvent primary care and hope that this is a pause in the journey, not an abrupt and disappointing ending.”

In a memo sent to employees on Tuesday, Walmart’s executive vice president for health and wellness, Dr. Cheryl Pegus, said Gilder was leaving the company to spend time with his family and then pursue new opportunities.

Gilder was deeply involved in helping develop the clinics, according to the memo. He joined Walmart in 2018, and helped lead the first model design for Walmart’s health centers, including hiring community health workers to help guide patients through their visit and developing standards of practice. He also played a role in the organization’s pandemic response.

Parikh joined a year later, where he led the growth of Walmart’s dental services division and helped ensure regulatory compliance, according to his LinkedIn.

Walmart did not respond to requests for comment at the time of publication.