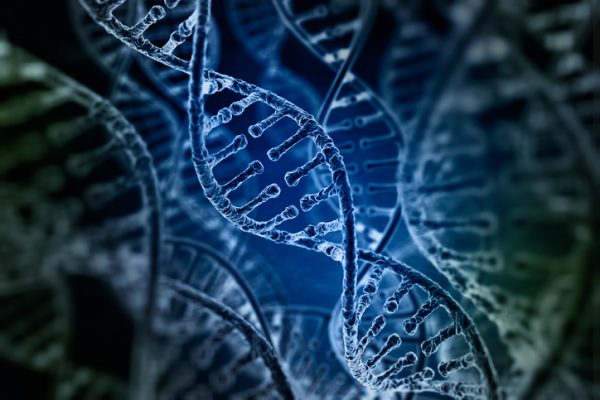 In June, researchers announced they had re-sequenced the entirety of the human genome — this time completing some of the missing information from the original full sequence in 2003 that early sequencing technologies were not capable of aligning. But now that we have this information in hand, how can we use it to find the answers that we seek in terms of improving human health and human lives for some of the top disease killers such as heart attacks, stroke and Alzheimer’s disease?

Let’s take Alzheimer’s as an example. It is a prevalent and progressive neurodegenerative human disease whose cause remains unclear with no effective treatments. Worldwide, some experts predict the number of diagnosed cases could grow to 82 million by 2030.

Fortunately, comparative genomics — a process of using data from mammals and other species to show us where the most important sequences lie — can help us better understand the genetic basis of human disease. When exploring comparative genomes, it’s important to understand that humans share 90 percent of their DNA with mammals. There’s widespread agreement among researchers that the comparison of genomes, from the more than 6,000 mammals that inhabit our planet, will help geneticists identify key highly conserved sequences, which are much more likely to contribute to disease. Recent efforts have provided high quality sequences from close to 450 of these species. Major academic institutions like the Broad Institute, as well as the National Human Genome Research Project, have all delved into better understanding the secrets in hibernation and millions of years of evolution to discover new ways to treat human diseases. This is a big step forward, enabling the medical community to identify the genetic factors that contribute to Alzheimer’s risk as well as add novel insights into the neurobiology of this complex disease.

A great way of finding new treatments is to look for humans with natural resistance to a disease, which is how we discovered drugs like PCSK9 inhibitors for high cholesterol.  Unfortunately, finding human populations resistant to many disease states is difficult if not impossible. We can extend the same discovery process to animals who have evolved disease resistance and find new therapies for diseases that do not have good treatments today. There is much more natural diversity when you consider the full range of mammals than when you consider variation within a single species (humans), giving us more power to find novel therapies.

For example, the mystery of what sends animals into hibernation has yet to be solved, despite many attempts over the years. However, by understanding at an organ level how animals survive such physiological extremes, this knowledge could help advance treatments for traumatic brain injury, ischemia as well as Alzheimer’s in humans. Interestingly, during hibernation animals experience long-term suspended animation in torpor and receive cerebral blood flow at only 10% of the normal rate, yet they are able to protect their brains from ischemia and subsequent reperfusion upon arousal.

Since ischemia and brain injury share common pathologies including inflammation, oxidative stress, excitotoxicity as well as perturbation of calcium homeostasis, adaptations in hibernators may also be useful in protecting against brain injury. They also are able to clear large amounts of hyperphosphorylated tau and increase the number and density of their dendritic connections as a part of their natural adaptations to extreme temperature fluctuations. These observations make them a very intriguing natural model of Alzheimer’s resistance if we can gain a better understanding of the pathways utilized by hibernators to protect brain tissue from injury.

We now know that nearly every human disease can be modeled in one or more species. It’s imperative that we remember that humans are animals. By ignoring this key association, we’re limiting the advancement of science, including the identification of breakthrough treatments for life threatening diseases, such as Alzheimer’s, heart disease, cancer and more.