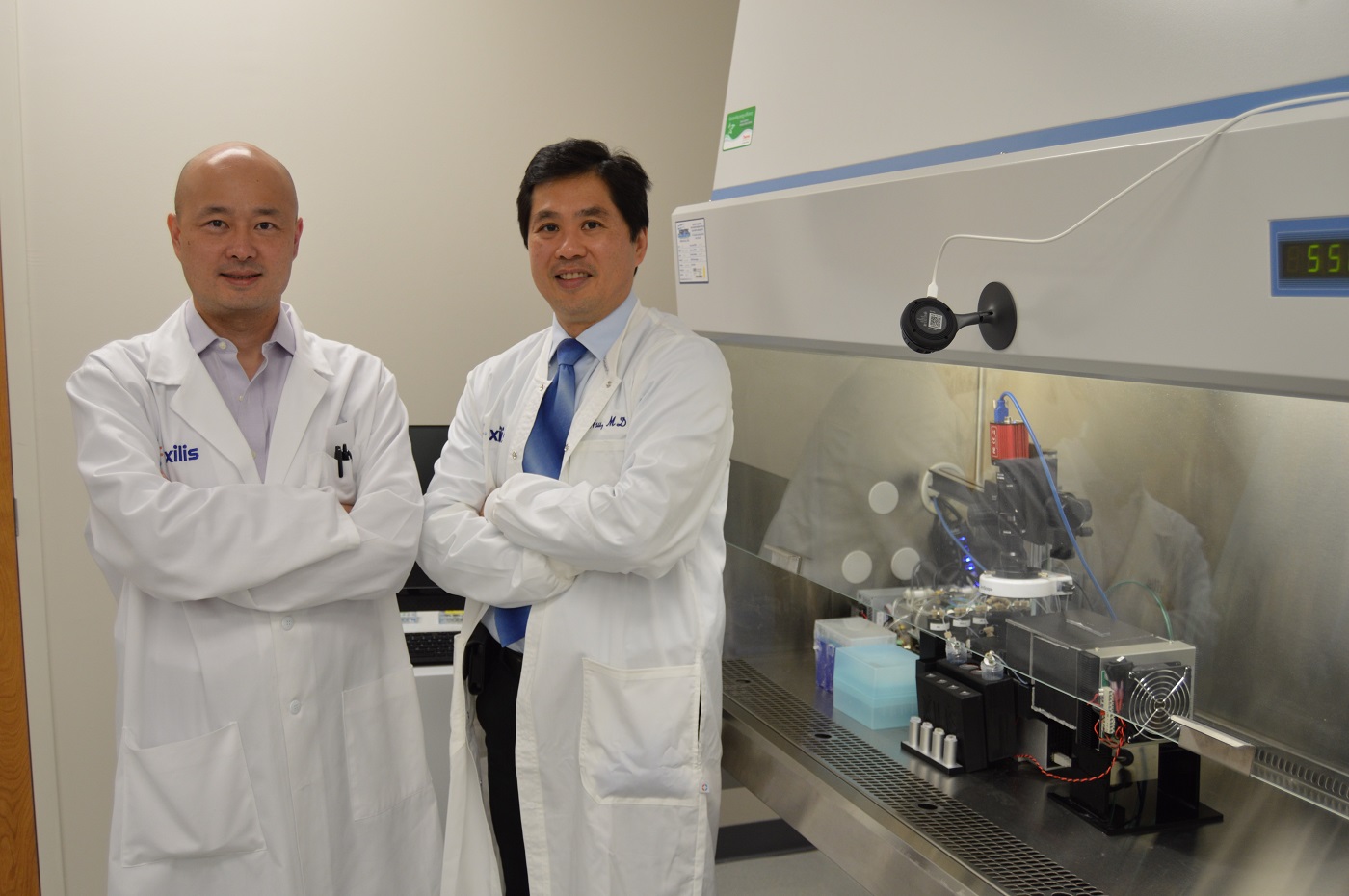 From the moment cancer is diagnosed, the clock starts ticking. Early treatment can lead to better outcomes, but physicians must first choose a drug. It can take months to assess how the selected drug is working, which takes time away from another one that might be better. Biotechnology company Xilis aims to replace the drug selection guesswork with precision medicine technology that simultaneously assesses multiple therapies against a patient’s tumor, then predicts the ones that will work best. The startup is pressing forward with clinical trials, and it has raised $70 million for its research.

The Series A round of funding announced Thursday was led by Mubadala Capital, the asset management arm of Mubadala Investment Company, a sovereign investor based in Abu Dhabi.

Xilis creates a living model of a patient’s cancer, said co-founder and CEO Xiling Shen. The process starts with a biopsy of the tumor. The company’s proprietary hardware then encapsulates cancer cells in tiny droplets, each one retaining the tissue structure, genetic alterations, and immune system characteristics of the original tumor. These droplets, which Xilis calls MicroOrganoSpheres, represent thousands of copies of the tumor.

The droplets are dispensed into wells where they are tested against individual drugs or various drug combinations. Xilis’s artificial intelligence-driven algorithms assess response to a panel of cancer therapies, identifying the most promising cancer treatment. Compared to the months it can take to assess how a single drug is working inside of a patient, Shen said that Xilis’s technology can provide answers for multiple drugs within two weeks.

“Our technology provides, for the first time, a scalable, functional assay to test a patient’s tumor against many different drugs and then go back with AI to predict more precisely the patient’s response to the treatment,” Shen said.

Xilis isn’t the first company to develop organoids, tiny representations of a patient, as a way of testing drugs. About one hour’s drive west of Xilis, Wake Forest Institute for Regenerative Medicine scientists are researching the use of patient tissue to create tumors on a chip, which is then used to test different cancer drugs. Startup Emulate is collaborating with the FDA on research that is assessing the Boston-based company’s organ-on-a-chip technology as an alternative to the cell-based and animal tests used to assess toxicology.

One startup that, like Xilis, is taking an organoid approach to informing cancer drug selection is SEngine. The test requires an oncologist to send a biopsy or specimen to the Seattle company’s labs. SEngine isolates the cancer cells, then tests more than 200 cancer drugs against organoids to determine the most suitable therapies. The company says it can generate results within a week, which are then shared via a report sent to the oncologist.

Shen said Xilis’s approach differs from other testing technologies in that it incorporates a patient’s immune cells, providing a more complete representation of a person’s response to a drug. During the annual meeting of the American Society of Clinical Oncology (ASCO) in May, Xilis submitted an abstract describing how its MicroOrganoSpheres were able to preserve the original tumor as well as a patient’s immune cells.

In addition to providing a new way to help oncologists select cancer drugs, Xilis sees its technology as a way to guide the cancer drug research of pharmaceutical companies. The technology can help them determine whether to advance an experimental therapy to clinical trials, Shen said. When a clinical trial begins, a pharma company can then use the technology to select the patients most likely to respond to treatment.

Xilis already has some research showing how its technology could help pharma companies. At ASCO, Xilis submitted an abstract describing use of MicroOrganoSpheres to assess the efficacy of tumor infiltrating leukocytes, a type of cancer immunotherapy, in advance of a non-small cell lung cancer clinical trial. Shen said that Xilis has several pharmaceutical partners, none of which have been disclosed.

Ayman AlAbdallah, venture capital investor at Mubadala, said his fund was impressed by the Xilis technology, as well as its broad applicability to both clinical and research use.

“There is a critical need for a technology like Xilis to help validate and accelerate clinical development and give clinicians certainty that next-generation therapies will work in patients,” he said.

The new financing comes as Xilis moves forward with clinical trial plans. The initial tests will be in colon and breast cancers, followed by a study in lung cancer. Shen said those cancers were selected because of their prevalence. As for the company’s name, Shen said it’s a reference to Xilinx, a semiconductor company that has commercialized programmable technologies used in a wide range of products. The Xilis name is meant to evoke the accomplishments of the semiconductor company, but applied to biology: functional testing that’s flexible, programmable, automated, and scalable, Shen said.